In this edition we have Keiji Mutoh of All Japan Pro Wrestling - more famously known in the west as WWE (then WWF)'s Great Muta! A veteran of the wrestling world, Mutoh is greatly admired for his charisma by his fans. We talk about life on the road with a troupe of mostly male wrestlers and how that could effect their affection for TENGA!

It was tough; I had to take time out of the ring after some knee surgery I had in Spring. I wouldn’t go as far as saying “AJPW = Mutoh” but even within the association my popularity meant that some people weren’t coming to watch our fights. It was tough especially since I run the business itself. That said, it really gave the younger guys motivation to catch the eye of our audience more than usual. It may have been a tough year, but I think it’s given us a chance to shine even brighter next year and the coming years after that.

Any particular young wrestlers you could mention?

The AJPW triple crown champ Suwama goes without saying. Perhaps with a little less experience but Hama (Ryota) showed good form this year too. In the tag matches, Soya (Manabu) and Sanada (Seiya) have really come into form, and in the Junior class, KAI and Yamato (Hiroshi) have started to shine. In this year’s Pro-Wrestling Awards by Tokyo Sports, Suwama received an award for Outstanding Performance, and Technical Prize award went to Kaz Hayashi – so I’d say we’re all receiving high praise from the Pro Wrestling world in general.

We’ve heard that there’s a pretty huge number of heavy TENGA users within the younger wrestlers, is this true?

I think they ALL are, right? Since you can find TENGA pretty much anywhere I doubt these guys have any problems buying them, I’ve even heard a rumor one guy buys tens at a time and keeps a stockpile. We really can’t thank you guys enough for all you do for us! Dojos are basically places with 20 or so guys sharing a roof, with no girls allowed in. Back when I was in the Dojo we were based in Setagaya so there were plenty of cute fans around, but since we’re now located in the center of a residential district, we’re more or less isolated from society during the night. That all changes when we’re on the road though. A little while ago we’d stay at Japanese-style Inns and share rooms but now it’s all business hotels and private rooms so the guys can freely watch as much porn as they like. You know what, It might be an idea to hand out TENGAs to the younger guys that don’t have much money or luck with women. I know for sure I’ve heard of some that always bring a TENGA along on the road anyway. Even some guy that said that TENGA was basically his lover – laughing about “I just can’t resist that texture.” The guys all train hard and are packed with stamina so I guess they have a lot of vigor to use up. TENGA would make a perfect luxury for them!

If TENGA and the AJPW were to collaborate, what would you like to do?

How about a battle in a ring made of this slippery TENGA material? Well, I guess it’d be better against a girl! *Laughs* Actually I’ve heard TENGA had a campaign for AIDS Day donations, I’d like to try out something like that. Perhaps turn all our corner posts to TENGA CUPs? We could get a TENGA mascot in the ring too. It would be even better if we had some sort of evil character to go against it. Like an “AIDSMan” character in a charity match to fight HIV.

In fact Kendo Kobayashi (a comedian that’s famous for his love of both wrestling and TENGA) was on a TV show presenting his idea for his original superhero “God Hole” – based off an old Japanese cartoon character “Kinnikuman.” The original artist gave it a thumbs-down but we got permission to create a model figurine of it and gave it to Kendo as a gift. You should have seen the quality of it! It would have been great if it saw the light of day.

Let’s do it! Let’s do it now! God Hole VS AIDSMan charity match! We could work together to raise awareness in Asia as well. I’d love to show more people around the world the greatness of Pro Wrestling as well. That goes for Japan too but there are a whole world of places around Asia that have yet to actually have any real Pro Wrestling in their country. I went to Taiwan this year, I’m thinking Shanghai and Macau the next. There are so many possibilities left in Asia. TENGA on the other hand already has a stable following in Asia so I’d love to be able to do something together over there. Let’s create a buzz together! 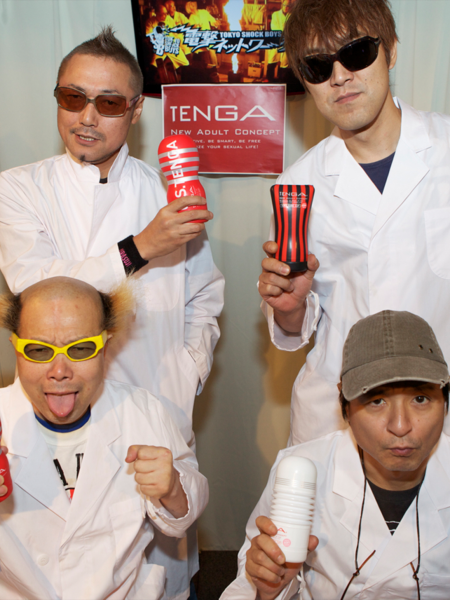 Professional models tell all of their first time with TENGA! 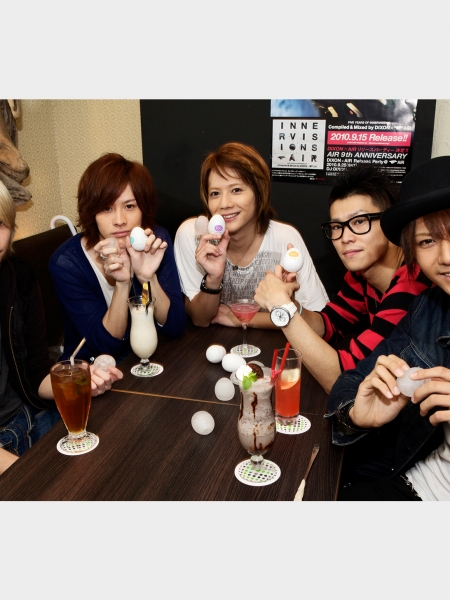 I gave out free TENGA to my audience as a surprise gift - it really livened things up! 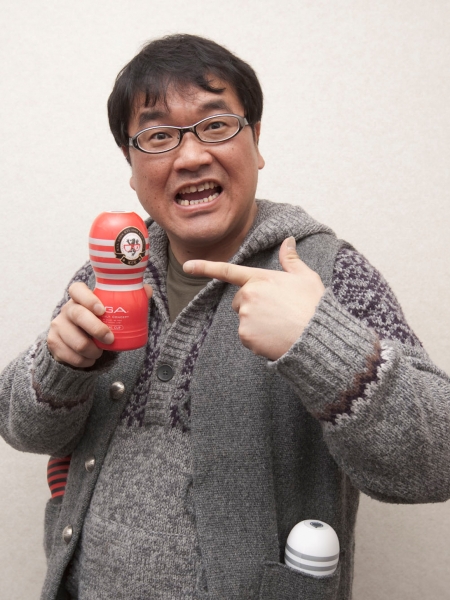