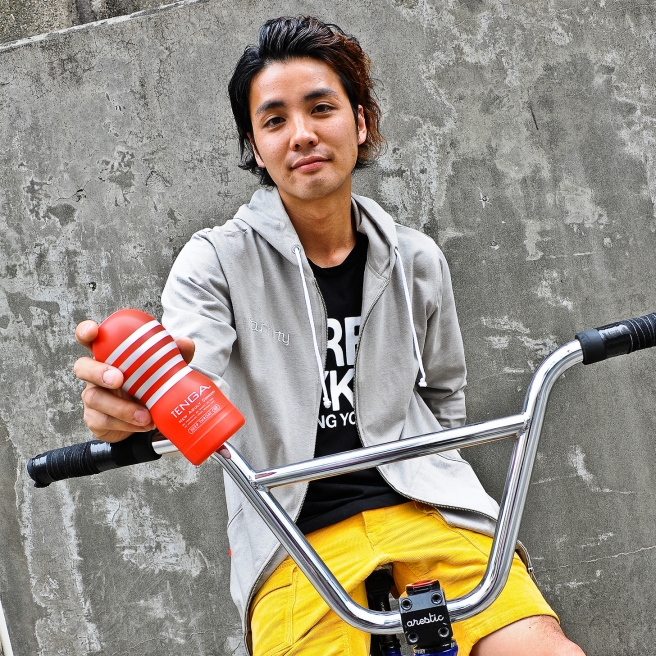 In this edition of TENGA Voice we bring you Yohei “Ucchie” Uchino, a pro BMX rider among the best in not only Japan, but the world! Yes, we caught him after his second consecutive win in the world championships for a chat!

First of all, congratulations on your world championship win!

Thank you very much.

How did you first find out about TENGA?

It must have been 4 or 5 years ago at Don Quixote (a famous nationwide general store in Japan) on a date with my girlfriend. We were looking around the store and came across the “adults only” section. We weren’t really looking for anything to buy, but just making fun of all the weird toys in the store. That was when I first remember seeing a TENGA product, they just stood out from the other products. I remember thinking “Wow, I didn’t know there were some that are this well designed.” … But my girlfriend and I weren’t exactly in the mood to buy one of them that day.

So what was the occasion for your first one then?

There was a BMX rider in Tokyo with the nickname TENGA! I asked him why and he told me believe it or not, “I work at TENGA!” and since then, every time I met him he’d have some TENGAs with him. My birthday rolls along and lo-and-behold my gift from him were those TENGA EGGs.

What did you think of them?

I don’t think I used them properly… I just tore off the wrapping without looking at the instructions and used it, lube splattering everywhere..! *Laughs*

I was quite drunk at the time so I don’t remember so well… but yea… So my sofa was a complete mess and I remember panicking, trying to clean up before my girlfriend came home! So, that was my first experience with TENGA.

Do a lot of the BMX riders around you know about TENGA?

Yea a lot of them do – the guy “TENGA” would enter competitions with the same name; in fact I don’t think many people know his real name! *Laughs* Also, one of the younger rider tells me that he’s so into TENGA that it’s changed his outlook on life…! Oh and last year, the most fashionable bike shop in New York – my friends at Chari&Co – collaborated with the TENGA brand too.

It sounds like your connection to TENGA has grown in the recent years.

Yea, this year they’re sponsoring me for the world championships so I’ve been handing out TENGA products and stickers to the riders during the competitions. I was actually interested in how they’d react to things like TENGA. During the “World Circuit” (first part of the world championships) I went straight to all the other riders after my warm-up and handed them out. At first they were all like “What is this?” but reading the words like “New Adult Concept” and “Deep Throat CUP” they all caught on fast – lots of the guys were like “Wow that’s really thoughtful!” *Laughs* There were those who would thank me, some that would act shy about the whole thing and then those who’d straight out thank me with a “I’ll be using it tonight”!

Yea! One of the riders, a Spanish rider called Viki Gomez, I went round to his room and he’d keep asking “Is it really that good?” He’s very committed to his girlfriend so he’d never think of cheating on her while he’s on tour so he jokingly told me “these are gonna be my new best friend!” But he only had one of them so he told me he’d display it at home like an ornament. “Don’t hold back man, just use it!” I told him, but he wouldn’t back down from his “No, I’m going to take it home!” … A few days passed and I was back in Japan, checked my Facebook to see a message from Viki reading “I used it…” Apparently he couldn’t resist and had used it during the championships! “That thing is amazing!” He says, “Give me another one!” *Laughs*

From July we have the G-Shock Japan tour coming up, Sapporo, Sendai, Nagoya, Osaka, Fukuoka… the finale will be at Roppongi hills in Tokyo in December. Also one of the world’s biggest and most important championships will be held on September 8th in Kyoto. It’s only held every once every 4 or 5 years so it means a lot to us riders. It might be the last one I enter as professional rider so I’m getting my mind on the game from now! Also, I’m currently performing for one of Japan’s biggest J-Pop groups EXILE on their tour!

Yohei Uchino, known as "Ucchie" by his global fan base of BMX lovers is one the world's greatest BMX riders reigning from Japan.

At the VOO DOO JAM World BMX Championships held in New Orleans in June '08, he became the first ever Japanese rider to attain the prestigious title of World Champion.
His signature trick known as the “Ucchie Spin” has gained lots of international recognition and has gone so far as to even influence other riders.
Aside from being one of the top professional riders, he is actively involved in various other activities including his own clothing line, commercial appearances, music videos, and over 100 stage show performances yearly.
With such unique talent and dedication to the sport, “Ucchie” is poised to be a major contributor to the future of BMX riding. 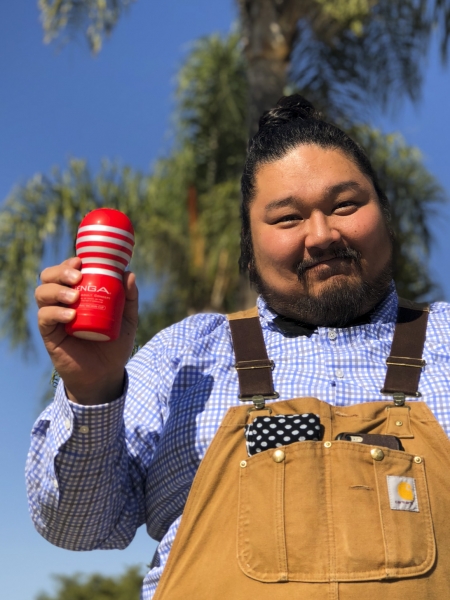 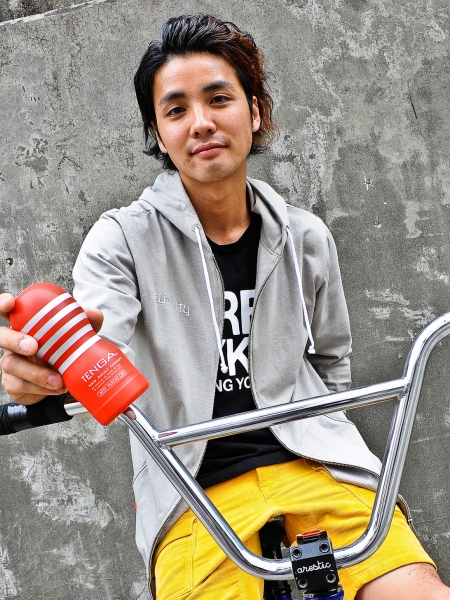 TENGA sent me a congratulatory box for my wedding...! 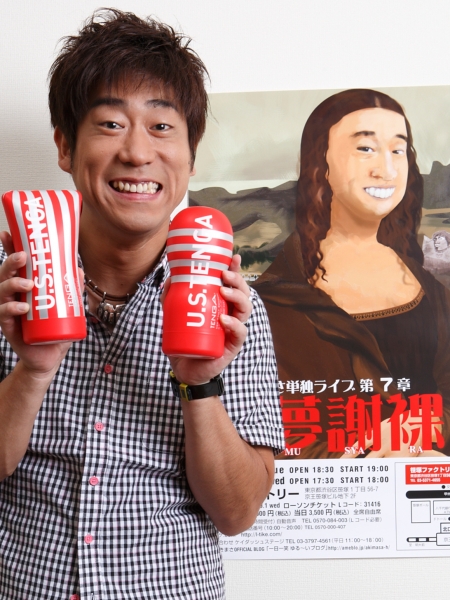