Yohei Uchino, known as “Ucchie” by his global fanbase of BMX lovers is one the world’s greatest BMX riders reigning from Japan.
At the VOO DOO JAM World BMX Championships held in New Orleans in June ’08, he became the first ever Japanese rider to attain the prestigious title of World Champion.
His signature trick known as the “Ucchie Spin” has gained lots of international recognition and has gone so far as to even influence other riders.
Aside from being one of the top professional riders, he is actively involved in various other activities including his own clothing line, commercial appearances, music videos, and over 100 stage show performances yearly.
With such unique talent and dedication to the sport, “Ucchie” is poised to be a major contributor to the future of BMX riding.

For more information on Ucchie visit his Official Website below:
http://www.yoheiuchino.com/ 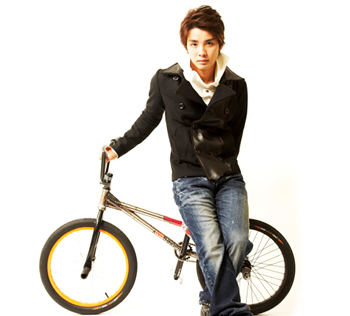